A short history of the Imperial Arsenal

From the Ottoman conquest of Istanbul to the rise of the largest naval force in the Mediterranean, here is a short history of how the Ottoman sultans' dream came true. 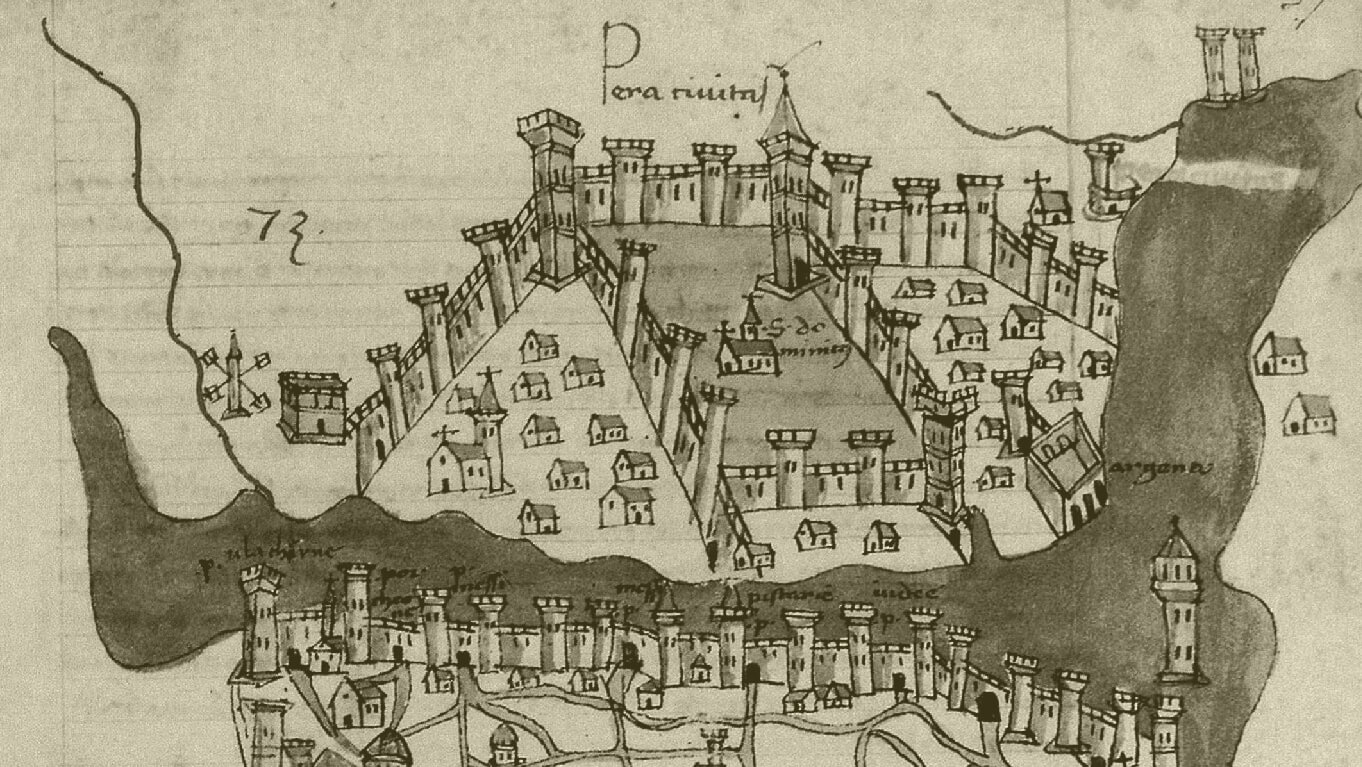 During the Medieval era, Halic (the Golden Horn) was the busiest natural port of the Mediterranean, Black Sea, and the Near East. It was home to the Byzantine (Eastern Roman) armada and Armamentareas, which was the Empire’s weaponry located along Halic, somewhere between today’s Haskoy and Kagithane.

1453
The Conquest of Istanbul

The conquest of Constantinople, the capital of the Byzantine Empire, by the Ottoman Sultan Mehmed II—following a siege of the city from both land and sea that lasted 53 days—was a turning point in history that marked the fall of the Roman Empire. Afterward, the banks of Halic became the sultan’s favorite place in the city, where he ordered the formation of his royal garden (hasbahce) around Haskoy. Several pavilions, hammams, stables, and ponds were built in this grove, which is also believed to be the resting grounds of Byzantine emperors. The royal gardens here became the precursor of the Ayvansaray Palace complex that developed side by side with the Ottoman naval shipyards.

1455
Establishment of the Imperial Arsenal

Just two years after the conquest, Tersane-i Amire (The Imperial Arsenal) was established by Sultan Mehmed II at the mouth of a little stream in Kasimpasa. The Ottomans—a formerly landlocked Turkoman principality—started to pave their way to become the maritime superpower of the Mediterranean in a very short amount of time. This first establishment was called “Galata Arsenal” due to its proximity to the old Genoese colony of Galata. Sultan Mehmed II brought master shipbuilders and their families from the Gallipoli Arsenal, which resulted in the development of the surrounding Kasimpasa neighborhood. Kasimpasa has always had an organic relationship with the imperial shipyard, up until the modern era.

1515
Sultan Selim I Expands the Arsenal

During the reign of Sultan Selim I, the imperial shipyards were expanded all along the northern shores of Halic, from the walls of the Galata colony to Kagithane River, with the addition of new covered shipbuilding slips called “cesm” (eye), where wooden ships of all kinds were built for the Ottoman navy. Eventually, the main Ottoman naval base was relocated from the Gallipoli Arsenal to Halic.

1571
Ottoman Navy Rises from Its Ashes

In 1570, Sultan Selim II captured Cyprus from the Venetians. To prevent the Ottoman advance, a Holy League was formed consisting of Spain, Venice, and the Papacy, and a military campaign was organized against the Ottomans. The Naval Battle of Lepanto took place between the two sides, off the coast of a small town on the Greek mainland. Around 170 ships of the Ottoman fleet were destroyed in battle. The Ottomans made a quick recovery, though, and maintained the upper hand in the Mediterranean, rebuilding a brand-new fleet in just a matter of 5 to 6 months at the imperial shipyards of Halic.

The rivalry between the Venetians and the Ottomans to capture the island of Crete revealed the importance of using more advanced galleons in the Mediterranean. The 17th century became a turning point in maritime history due to the competition of the British and Dutch to dominate African and Far Eastern trade, and to take the lead in maritime technology. Despite several clashes with European forces, the Mediterranean remained a “Turkish lake” for most of the 17th century.

During the reign of Sultan Ahmed III, Ottoman elites indulged themselves in the royal gardens and coastal palaces along the banks of Halic. Aynalıkavak Palace was the most charming of all and was called “Tersane (Shipyard) Palace” due to its proximity to the Imperial Arsenal. The palace complex witnessed some of the most extravagant royal ceremonies in Ottoman history. The circumcision celebrations of Sultan Ahmed III’s four sons continued for several weeks in 1720, during which the Sultan stayed at Aynalıkavak Palace with his court and watched amazing shows on the water, well depicted in Levni’s miniatures.

“The rivalry of the Ottoman and the Venetian”

Tersane-i Amire became one of the biggest shipyards in the Mediterranean and was frequently compared to the Arsenal of Venice, which hosts the celebrated Venice Biennale today.

1773-1775
Tersane-i Amire became one of the biggest shipyards in the Mediterranean and was frequently compared to the Arsenal of Venice, which hosts the celebrated Venice Biennale today.

During the reign of Sultan Selim III, Mühendishane-i Bahri-i Hümayun (Naval School of Engineering) was established in 1773 within the shipyard to groom shipbuilders as well as cartographers and captains for the navy. Hendesehane-i Bahri (Naval School of Mathematics) was founded two years later to provide technical education to naval officer candidates. Under the guidance of foreign shipbuilding engineers working for the Ottomans, new ships were built in the European style. Swedish and French engineers were invited to introduce technological advances in the shipbuilding industry to the Ottoman Navy.

1805
Building of the First Stone Slipways

The Valide, Taskizak, and Agackizak slipways were built as part of Sultan Selim III’s modernization efforts, which later allowed the construction of larger galleons, as well as the navy’s first steam vessels. A hospital operating around the clock was established within the shipyard in 1805, as well as a medical school the following year.

After the defeat of the Ottoman fleet in the Battle of Navarino by Russian-English forces, and the following Ottoman-Russian wars of 1828-1829, the Ottoman state had to recognize the independence of Greece. Navarino, the last big battle fought with traditional wooden sailing ships, marked the emergence of steam-powered vessels. The Ottoman state purchased the first steamboat from the British in 1827 and built its own model on the Taskizak Slipway between 1831 and 1839 with the know-how provided by American shipbuilding engineers. That changed the general appearance of the shipyards, with the addition of new workshops and shipbuilding techniques, as well as large chimneys required for the production of iron vessels.


1829
Largest Wooden Warship in the World

Between 1821 and 1825, local architects constructed a second dry dock in the shipyard, and the famous giant galleon named Mahmudiye was built here, becoming the largest wooden warship in the world by the end of its construction.

Sultan Abdulaziz concentrated all his efforts on renewing the naval battle technologies and executing the transition from wooden to iron ships. He ordered the renewal of the Ottoman fleet with ironclads, placing it among Europe’s leading naval powers. However, his era ended with the treasury’s bankruptcy, while the modernized navy was withdrawn to the Golden Horn to decay until the 1890s. Sultan Abdulaziz also ordered the abolishment of the office of Kapudan Pasha in 1867, which had been the head of the Ottoman navy for more than 300 years, and the Ministry of Marine was subsequently founded.

One of the first submarines in the world (designed by the Swedish industrialist and arms dealer Thorsten Nordenfelt) was bought and assembled at Taskizak Slipway in 1886, upon the order of Sultan Abdulhamid II. During the sea trials in Istanbul, the brand-new submarine named Abdulmecid became the first submarine in naval history to fire a live torpedo underwater.

The Ottoman capital was occupied by the Allied Powers shortly after the signing of the Mudros Armistice, and on November 13, 1918, British, French, and Italian forces entered the city. This sparked a resistance war, leading to the foundation of the Turkish Republic in 1923. The naval shipyard of Tersane-i Amire (consisting of the Taskizak, Camialti, and Halic shipyards) lost its military importance due to the Treaty of Lausanne and eventually had to move out of the city, to be relocated at Golcuk in 1930. The historic shipyards were reused after 1941 only for maintenance work. They had already lost part of their surface area and military character by that time and could never restore their old glory.

The shipyards are unique in terms of the preservation of the historic fabric along the Halic coastline. When the whole Halic coastline was cleared of the industrial ateliers that had grown informally throughout centuries, the shipyards were able to escape demolition. Since then, the Golden Horn waterfront has remained an uncontrolled recreation land with large swaths of green open spaces.


2001
New Functions for the Historic Shipyards

The construction of the new Galata Bridge in the ’60s had prevented the entrance of big ships into Halic, eventually causing the historic naval shipyards (including Taskizak, Camialti, and Halic) to lose their shipbuilding capacity. A master plan for the site was suggested in the 2000s to open the site to public and civil use again through a carefully executed integrated development project designed to transform this derelict coastline into an asset for the city. In 2001, the Camialti and Taskizak shipyards moved to their new industrial sites at the periphery of the city, while their historic slipways and buildings remained under protection as part of the country’s industrial heritage.

2022-2023
Introducing the New Downtown of Istanbul

Following the integrated urban transformation project it is currently undergoing, Tersane Istanbul will open its doors to the public for the first time in its 600-year history.